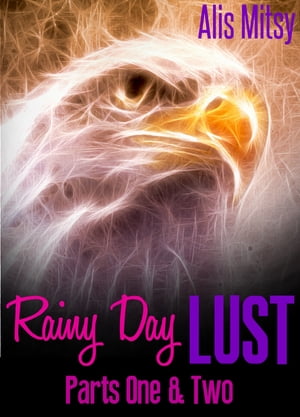 ＜p＞Two gryphons come together in lust and love for the first time...＜/p＞ ＜p＞---＜/p＞ ＜p＞Book One:＜/p＞ ＜p＞Rainy days are the bane of anyone's life but are particularly slow and dull and dreary for a gryphon who spends most of their life outside and on the wing. Gael is a drake who prefers to be busy hunting, or at least lounging out in the sunshine, more than anything else so being grounded while the storm passes is really the worst case scenario.＜/p＞ ＜p＞Luckily for him, he just so happens to have his best friend there with him and Miya has other needs on her mind than simply relaxing in the cave. Sure, it's all comfortable enough but it would all be so very much more comfortable if only she had a warm body on top of hers to keep the chill from her feathers and bones...＜/p＞ ＜p＞She might need to show the inexperienced drake the way, however!＜/p＞ ＜p＞Book Two:＜/p＞ ＜p＞Miya is with her friend, Gael, but things have changed between them. There's something different there, something hotter, something more wanton... And the only way that they can unleash it is by coming together in body, mind and soul, two lives becoming one.＜/p＞ ＜p＞He's been her confidant for so many years but all that is about to change as he strips the gryphoness' purity away, finally experiencing what it is to become a drake, powerful in his own right, a stud to his name. And she is beautiful, wondrous, a catch that he cannot let go of.＜/p＞ ＜p＞Finally... It is time for the gryphons to let their hearts beat as one on the wing. But only time will tell what will come of their heated interlude...＜/p＞画面が切り替わりますので、しばらくお待ち下さい。